I want one. I really, really do. I pine for one whenever there’s a dusting of snow. I even found one called Jack Frost by Surly. We had more than a dusting of snow today and I took my Kona Roundabout for a quick, uh, round-about. I could have made it to the grocery store, probably, but with the fenders I stalled in a parking lot en route. I had no idea that snow bunched up like that in the fenders. 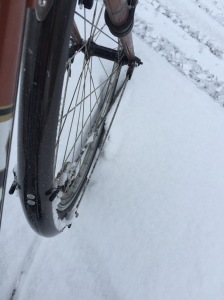 At several points the tires slipped inside the fenders moving from the 12 o’clock to 6 o’clock position at the downstroke. I was worried I’d have to haul my bike home.

One of my bikes, the Cannonade Synapse I call Luna does not wear fenders. She’s my roadie and she’s my fair weather bike. 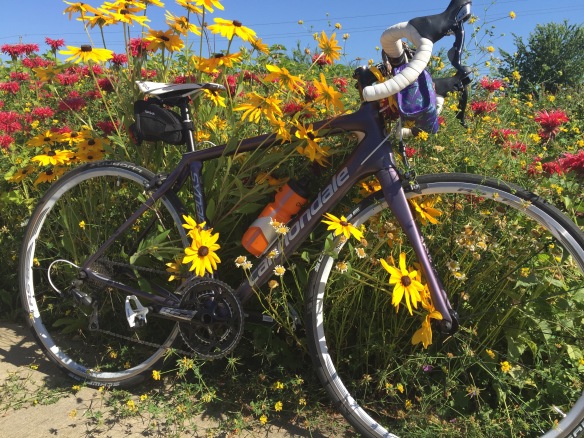 Everything else has fenders. By everything I mean my two other bikes. In late 2011, I traded my Gary Fisher mountain bike. I regret trading it, but in all fairness she had issues. A great bike until the RockShox needed to be replaced. I remember it was going to be expensive and I opted to trade it in toward the 2012 Kona. I miss having a knobby tired bike in my fleet. Today that became evident with the burning desire for a bike I could romp with in the snow. 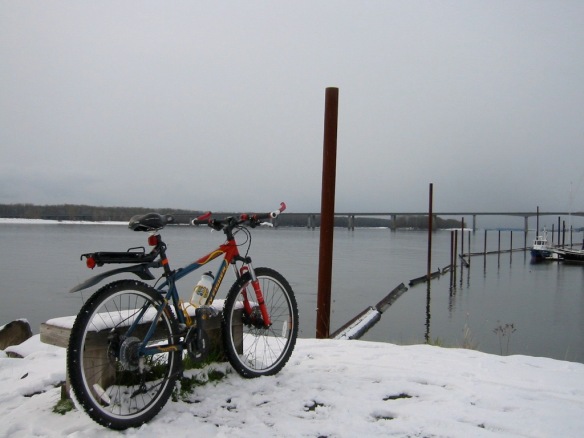 This is Tess. She was a great hardtail mountain bike until the shocks died.

This article is great if you’re like me and sort of new to the concept of a fat bike. Maybe it’s less about a fat bike and more about a bike I can use on different terrain. Someone suggested a cross bike, but here’s the thing: I want flat handlebars like Tess. I was told I could convert my Trek Portland into a cross bike. 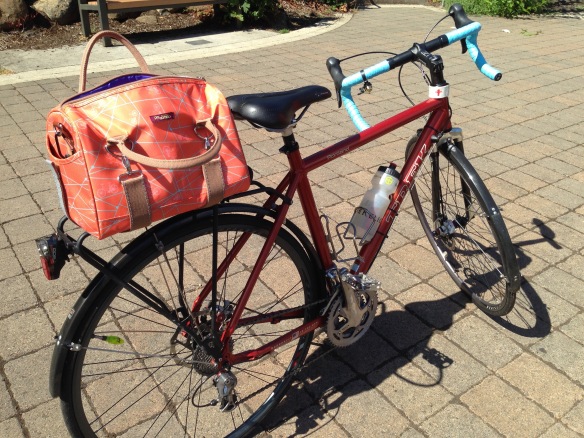 Could my  2006 Trek Portland become a cross bike?

Drop handlebars on a cross bike are normal but it doesn’t appeal to me. I could change the bars, but then I’m investing more money in a bike I don’t think will do what I want. Back to the drawing board. Might be time for some bike browsing. Looks like the next important question is hardtail versus full suspension. Good thing I have tomorrow off from school (due to snow) so I can start my research.

N+1, right? When you love riding bikes there is no wrong. Right!

Have a great week!